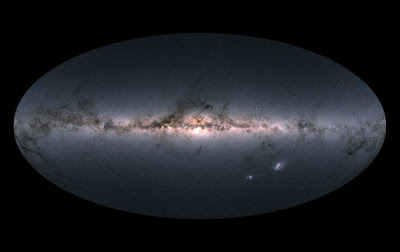 i was right but now I’m left

- januari 13, 2019
fleeing the blue screen light i climb the corroded roof with a bottle of wine drinking alone on a roof top in the South-American desert with only the airglow above me as company frosted stars cycle of life the noise of heavy fans just beside the ESA compound in the desert night i always get sentimental by alcohol and depressed like hell a solar wind like nothing ever experienced so i set sail down the roof weightless by clumsy orbital trim manoeuvres and too much i was right and now I’m left under the body of stars far from spiked drag queens is see the first rays of sun as it rises behind barb wire fence
Skicka en kommentar
Läs mer

I Settle for Graveyard Orbit

- januari 13, 2019
Season after season I live until oxygen decay my weary skull and fimbulvinter makes men uneasy.   Finally the coronial line breaks. Magneto sheaths   implode on flesh of men and gods alike. What caused this fate? A fatal break of honor.   I suffer under alligator blows while avenging death with death and emptying my cup. Geomagnetic storms blow the feedhorn,   deities rule the snowy darkness.   No more stars while naked skin goes at   highest bidding.   Dead men riding, she jokes   at the half empty hangar.   A blue carcass inside a red body; I eat you while time exist. Delay. Solar winds pass between   long lines of men before   the bow shock. I feel no reconnection as my limbs bend and Mjolnir forms intoxicated vectors in the night air.
Skicka en kommentar
Läs mer

- januari 13, 2019
I was walking through gates of cash machines as I saw the man with wings behind the counter I dropped my stuff the gathering is over   no-one is amused just survive the medication   or bite the dust crying the alligator takes the blows it's just a game but anyway she'd run for it with her bottle of wine   close in for slaughter   the all-in elderly ladies with pistols sentinels look the other way and time is spongy boom boom
Skicka en kommentar
Läs mer
Fler inlägg

We live on a placid island of ignorance in the midst of black seas of infinity, and it was not meant that we should voyage far. HP Lovecraft